Liberal Democrats in the Coalition Government have given schools in York a £3.6 million Christmas present. 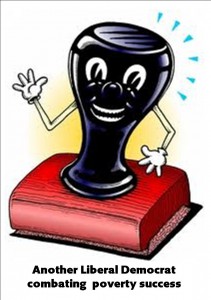 The cash is the Pupil Premium funding, which targets extra money to schools depending on the number of children from disadvantaged backgrounds they have.

Local schools to benefit include:

The Pupil Premium covers any primary or secondary school pupil that has been registered for Free School Meals in the past six years. For 2013/14, the Premium will be worth £1.65bn, or £900 per pupil, in total.

Direct schools grants in the City are also being increased from £106M to £110M.

The complete list of allocations to York schools is:

2 thoughts on “Additional funding for Westfield schools delivered by LibDems”