The Labour Councillor who chaired the North Yorkshire Credit Union has admitted to the media that management mistakes led to the organisations crash.

Janet Looker, chairwoman of the board of Directors of the Union, told the BBC: “There have obviously been some significant mistakes made along the road.”

Formed in York in 2006 the Credit Union expanded into North Yorkshire in 2009. It stopped issuing loans and accepting new members in October. 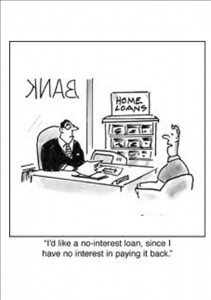 “Some of it was us not being sufficiently savvy as to whom we were going to lend money too, but for most people it was because their financial circumstances changed”

The comments raised a whole raft of issues about the transparency and the management competancy of an organisation which was structured to meet the needs of its members.

The major investment made by Council taxpayers should have meant that their business plans and accounts were subject to close scrutiny by the Authorities Cabinet member and professional officers.

The situation has now led a North Yorkshire County Councillor to call for a Public Inquiry into the fall.

Carl Les, the Council’s deputy leader, said: “We’re annoyed with the Credit Union that it has got into this position and we’re annoyed with ourselves that we didn’t have a better handle on it”.
“It’s not our role to actually manage the organisation but we needed to keep a better eye on it.”

In a new development, the South Yorkshire Credit Union said it was now planning to set up branches in York and Scarborough. Its Chief Executive Ian Guest told the BBC that it was working with City of York Council and North Yorkshire County Council to get funding.

No one from the York Council has made any comment in the crisis so far. No information on the crash has been posted on the Credit Unions web site http://www.nycu.org.uk/index.asp

It is expected that the Councils Cabinet will be asked to consider the South Yorkshire grant application at its meeting on Tuesday although the papers for the meeting are still not being made available to residents.

We think that a joint Inquiry involving both the County Council and the City of York Council is the best way to get to the bottom of what has gone wrong with the local Credit Union.

NB. Credit Unions are not-for-profit co-operatives in which members’ savings are used to provide cheap loans. The Directors are elected by members at the Unions AGM.