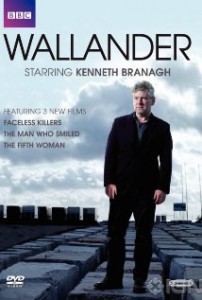 A Council committee will hear today from “Cabinet” member Cllr Tracy Simpson Laing about her “fact finding” trip to Jonkoping in Sweden. The Wallander of the York Council will have to do better than produce a political diatribe to convince residents that care services are under controlled, and fair, supervision.

For an annual report it stands out as a partisan and highly political view of social services. Everyone is to blame (LibDems, Government, etc) for failure…anyone but the Labour administration.

The report pointedly fails to even mention that the service out-turned with a net £1.567 million over spend in the last financial year. As the Cabinet learned a week ago, “In Adult Social Services increasing service demand for Independent Residential & Nursing Care and Direct Payments remains an issue, as well as new pressures in External Homecare and some delays in the Homecare and EPH business change programmes”. There was also an increase in the number of children in the Councils care.

Culpable delays were incurred in the summer and autumn of 2011 when Labour tried to appease its election paymaster (UNISON) by keeping services “in house” and continuing to endorse pay rates which were well above those in the private sector.

Only 7 out of 59 care staff took up a TUPE transfer when a care contract was privatised. The fate of the others remains largely unexplained.

A behind closed doors decision was taken to advertise the contract for the management of the new Lowfields Care Village but, apparently, with the Unions being given advice on how to organise an in house bid for the contract.

No details of the waiting lists for care services are given in the “Cabinet” members report.

Against that background, you would expect detailed scrutiny of a Cabinet member’s performance. Alas the Councils Scrutiny Committees are dominated by inexperienced Labour Councillors who will ensure that the boat is only rocked ever so gently.

…………and, of course, the sacking of another Cabinet member for incompetence is off the agenda with the Leadership having last week exhausted its alternative membership options.