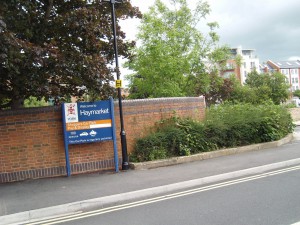 Complaints are surfacing about the Council’s decision to – oh so quietly – close the Haymarket car park. It appears that they fear a reaction like that which greeted their attempts to sell off the Union Terrace car park.

Lack of publicity – and direction signage to alternatives – represents poor public relations by the Council.

While Haymarket was scheduled to be sold as part of the aborted new Council HQ project, it would make little sense to sell it at this point in the economic cycle. Together with the adjacent former ambulance station site, the Council should be looking for a receipt in excess of £4 million. That seems unlikely in the present troubled times, although residential property on the nearby Hungate development continues to sell steadily.

The archaeologists have rightly been given access to the Haymarket site for the last 2 years and recently benefitted from another £100k grant which will allow them to finish their work. But that is no excuse for not allowing parking either on Haymarket or on the Ambulance station site (which was levelled about 18 months ago) or a combination of both.

Council taxpayers will be watching the situation closely as the car park generates about £186,000 a year in income. Most of that income is now likely to be diverted to the nearby – privately owned and operated – Garden Place multi storey car park.

Not too far away, is the Kent Street car park which was also sold to the private sector. The new owners have invested heavily in security measures which now make it a 24/7 car park with pay on exit facilities. All day parking is advertised for less than £9 with further discounts available for regularly users.

The discounts don’t, however, yet match the Councils annual £497.50 per year or £52.50 per month, park anytime, season ticket which is still available for the owners of low emission vehicles in the City. http://tinyurl.com/park-cheap.