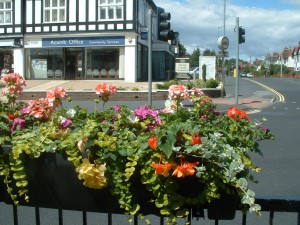 Rumours are circulating that Labour intend to close the Councils Acomb Office before the end of February. Previously the plan had been to move staff into the new Council HQ which is being built in Toft Green when it was completed in early 2013.

Now it seems that staff face a double move suggesting at least £50,000 extra in costs together with an, as yet unknown, bill for the termination of the York Road office lease. It is expected that the Council will also be liable for dilapidations.

It will almost certainly mean another empty building in the Acomb shopping area which has been blighted in recent months as it struggles to face up to changing economic times.

Officials have been scouting the area looking for cheap premises in which to hold “drop in” sessions but there has been no recent consultation with users of the office about their needs.

The Liberal Democrat Council had announced 2 years ago that it was to move customer facing staff into a small extension to the Acomb “explore” library. The plan was abandoned by Labour after the local elections following a deluge of misinformation about costs. Ironically the current double move strategy will cost taxpayers and tenants more than the original plan while severely limiting the opportunities that customers have to speak with estate managers and community workers.

The panic move comes only a few days before Labour announce, in their budget for the forthcoming year, what is expected to be the biggest cut in public service standards for over 50 years.