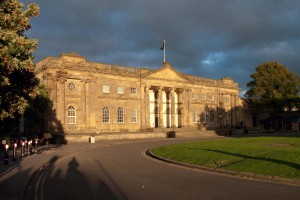 The transfer of the management of the City’s Museums and Art Gallery to an independent Trust has been one of the success stories of the last 10 years.

Attendances have almost doubled and a major refurbishment of the Yorkshire Museum took place last year.

There are now plans in hand for a major remodelling and expansion of the Art Gallery which could see it closed to the public for over a year. Improvements will extend to include a reshaping of the Museum Gardens to the rear of the building.
The work would be completed in 2015.

Major changes are also scheduled for the Castle Museum.

“Real people” will be introduced into Kirkgate in April 2012.

The second Castle Museum project is to open up the green and riverside areas behind the museum, comprising the medieval Castle, the River Foss and Raindale Mill. This will enable a walk way along the river, a flexible event space, an area promoting wildlife conservation, and the area next to the Mill having a suitable 19th century garden added. Visitors will also have the opportunity to see areas of York Castle that are currently ‘out of bounds’ that will be interpreted. This project will be completed by April 2012.

The third and most ambitious part of the Castle Museum project is to create new gallery spaces across the whole of the first floor of the Debtors Prison. The project is called 1914 and will look at how life changed during the period 1914-1918 due to the impact of the First World War This project will open in spring 2014.

Against that background the Council is now planning to cut their grant to the Museums Trust by 25%.

The Trustees have responded by offering to take a 20% cut recognising the need to be as self sufficient as possible in difficult economic times.