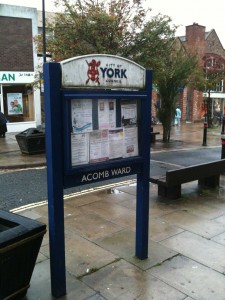 The Councils new policy of concentrating its resources on a City Centre “reinvigorate York” project is hitting Acomb hard.
They can’t even keep the Acomb Ward notice board free from grime and green mould growth
Nearby on Front Street, the hi tech bus journey planner terminal has been abandoned while further down the street offensive graffiti has appeared on one of the bus shelters. 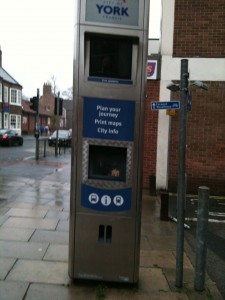 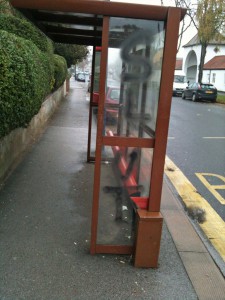 With several empty shops now covered in advertising posters the image of the whole village is under threat.
Closure of facilities like the Councils Acomb office will only make things worse.
Time for a policy re-think by the Labour Council.

One thought on “Time to reinvigorate Acomb!”