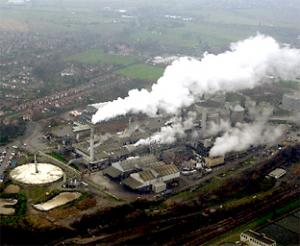 It’s nearly 6 months since the last Council working group meeting took place to discuss the Local Development Framework. This is the detailed plan which will chart the city’s future for the next 20 years and more.
A “core strategy” is due for independent public examination later in the year. By the time of this Inquiry the response to government changes to planning guidance may be known. These may make it easier to develop greenfield land with major implications for the City particularly in the Osbaldwick and Huntington areas.
Of equal concern though will be the lack of progress on establishing detailed plans for the City centre and key development sites like York North West.
The later includes the 100 acre former British Sugar site part of which was slated to be an “exemplar” urban eco village. The “village” was to offer more energy efficient buildings, on-site renewable energy generation and the provision of improved access to open space. But all has gone quiet on that plan.
Similarly the promised response to the public consultation undertaken on the future of the site – which concluded on 26th January. – has still not been published.
The Council was also promising at public meetings that a planning application for the redevelopment of the site would be submitted during 2011.
That seems increasingly unlikely now as there has, as yet, been no consultation with residents by the site owners (ABF) who promised to make quick progress on a “Masterplan” for the area. They appointed architects PRP in April 2010 to move the site forward claiming that 1400 family homes could be provided there over the next 15 years.
The next meeting of the Councils working group is scheduled for 5th September and it is to be hoped that the new Council will have got its act together by then.
Residents need to know what is going to happen and when. Following the fiasco at Union Terrace they also need to understand what public consultation, if any, is planned?