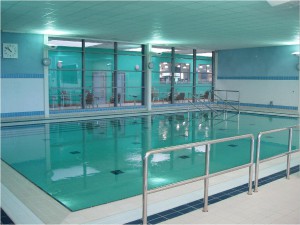 Continuing our pre election look at what has happened in the Westfield area over the last 4 years. Today we reach 2009.

The new York High school opened. Everyone who saw it was deeply impressed by both the building and the enthusiasm of staff and pupils.

96% of residents in the Green Lane area applauded the bulky refuse collection service……. Improved illumination on the Askham Grove/Tennent Road snicket was requested………. Crime levels had fallen by another 6%……. Recycling rates hit 45%…….Roads to be resurfaced over the forthcoming year included Forrester’s Walk and part of Bellhouse Way.

Labour caused a shock by reviving their idea of building on the Green Belt land lying between Chapelfields/Askham Laneand the ring road. It was subsequently voted down by LibDem and Tory Councillors.

Work started on providing security railings on Bachelor Hill. Some residents wanted the snickets on The Reeves closing although views were very mixed…….. 170 people took up training opportunities as a result of the Kingsway Project…. Traffic speed monitoring equipment was deployed on Foxwood Lane.

York High got a “good” marking from independent inspectors following a visit in June……… 73% of residents said that they didn’t want to see the land between Westfield and the ring road developed.

Acomb Explore’s “big read” was C. J. Sansom’s Sovereign much of which was set in York……… Improvements were made to the fencing around the new High School playing field and the new Energise swimming pool was scheduled for a November opening.,

York High announced their best ever exam results which eclipsed better known schools in other parts of the City.

Self issue book machines are installed at Acomb Explore library,….The Council bought derelict land to the rear of the Acomb Explore Library with the intention of building an extension to replace the Acomb Office. The bowling club is allowed to use the adjacent land until it is needed. ………..A CCTV security camera was installed near the shops on Chapelfields……. There were fewer joblessyoung people in Westfield as figures in the rest of the City increased. Part of the success is put down to the Kingsway Project.

Residents say yes to securing the Cornlands Road park at night. The long procedure to cease the “right of way” commences as a supermarket company puts in a bid for the White Rose site.

A new playground aimed at 8-13 years olds is announced for Foxwood Lane………… There is a similar plan for the Grange Lane parknear Chapelfields but this will later be delayed.

The new York Energiseswimming pool on Cornlands Road was to have 400,000 users in its first year of operation.