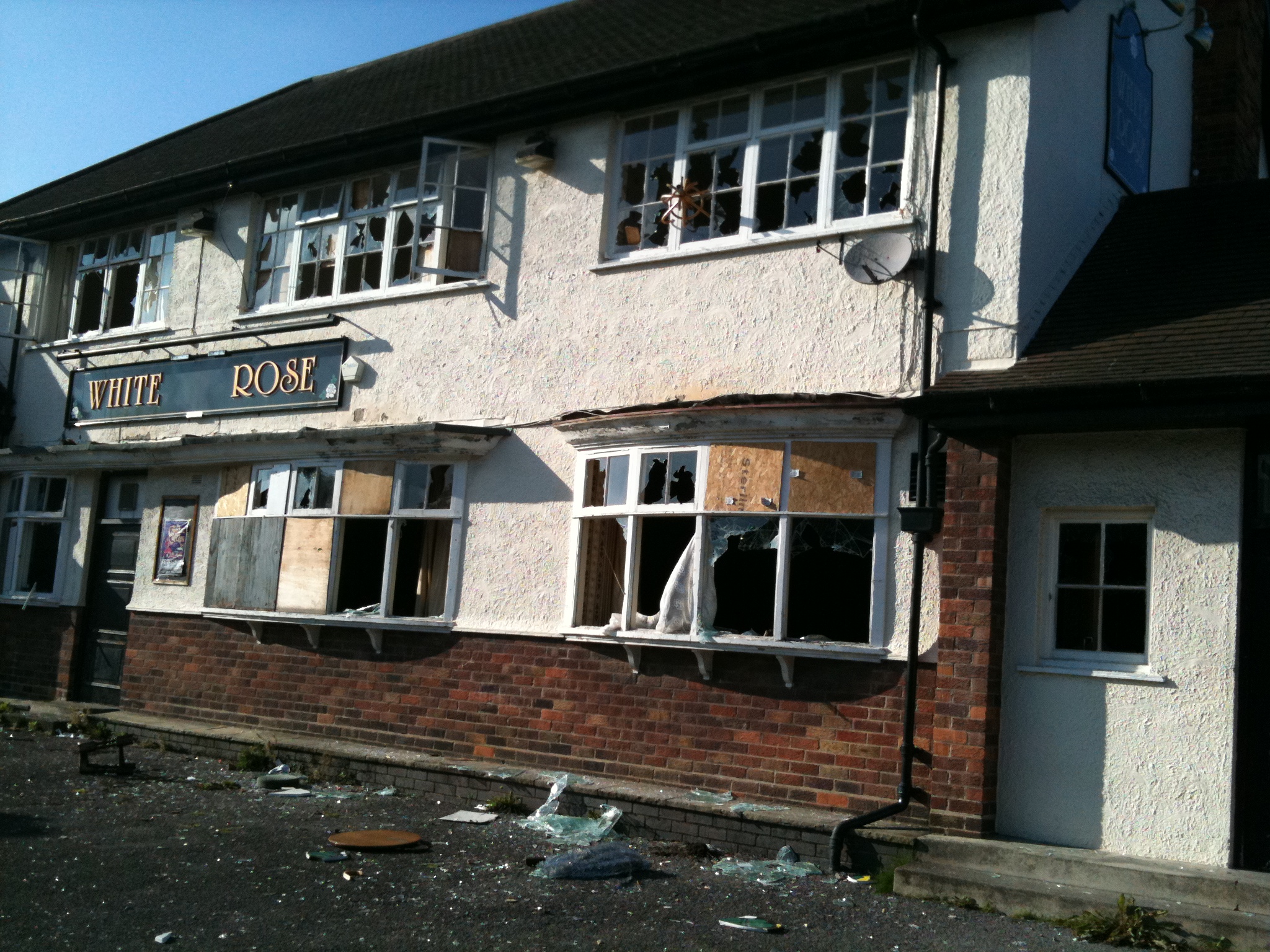 Updated 5th November 2010: The building has now been demolished

Updated 13th October 2010: We understand that this empty building has been sold to a property developer.  He expects to submit a planning aplication for the erection of bungalows on the site shortly. It is possible that the building will be pulled down before the end of the year.

The new owners of the White Rose pub have been told to demolish the derelict building as quickly as possible. They have said that they will appoint contractors and hope to start work within the next 2 weeks.

The initiative by the Liberal Democrat team came after a weekend of vandalism to the building which left an unsightly mess. Broken glass was a particular hazard and this was cleaned up on the Tuesday.

However the Council does not have powers to require an owner to secure their property and the developers of the site are not local. Focus understands that they are developing similar redundant pub sites for residential purposes in the East Riding.

A planning application, which is in the name of Neil Farrar (reference 10/01862/FUL), for the erection of 6 semi detached bungalows on the site was submitted in September and could be approved within the next few weeks. The Council is currently awaiting additional details from the applicant.

If approved, specialist accommodation of this sort—which often appeals to older people—would be a welcome addition to the area. The location has the advantage of good transport links and is close to the new community and sports facilities recently constructed next to the High School.

The vandalism of the pub building has been condemned by local Councillors, the Police and residents.

Steve Galloway commented, “although the building had reached the end of its life, the mindless vandalism put the safety of passers by at risk while the building became a blot on the local landscape.

We just don’t need this kind of behaviour in our community.

We are working closely with the neighbourhood policing team to make sure that the reductions in anti social behaviour seen in recent years, are not jeopardised by a few inconsiderate individuals”